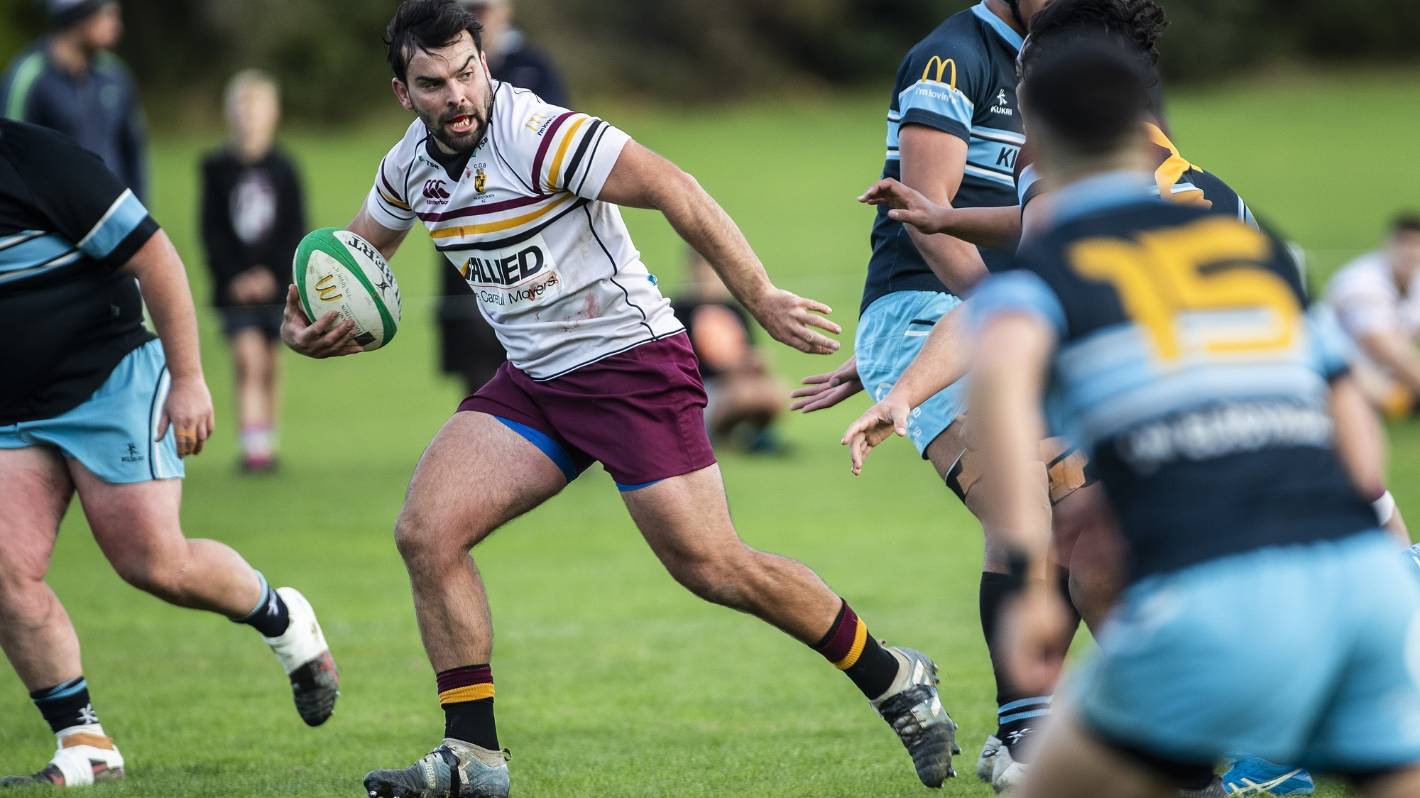 College Old Boys hits their straps in the second round.

RUGBY: College Old Boys may be starting to find form in the second round, but coach Bryan Matenga is wary of other teams doing the same.

The college welcomes Old Boys-Marist to Queen Elizabeth College, considered the first time senior rugby has been played on the pitch, on Saturday in what is expected to be a close match.

COB is second and looked good to start the second lap, but the Old Boys-Marist, who are one point behind the top four in fifth place, are starting to time their race.

OBM was languishing on the table, but in recent weeks they have started to climb and Matenga expected a tough encounter, similar to where College won 18-13 in the first round.

READ MORE:
* Old Boys-Marist still aiming for a top four spot
* Fit Feilding wants to complete the first round of the rugby season with an undefeated club
* Severe college test against the Yellows in a top-of-the-table clash

“They are doing better,” he said. “I think everyone improves in the second round. Kias was much better than the first lap, the same with Freyberg.

COB has a few men on the outside but their forwards have been doing the job again lately and even with Awatere Kiwara for the rest of the season with an anterior cruciate ligament injury, they still have a smooth back.

“We are improving,” said Matenga. “We are chewing the gum, I hope we can start to bubble.”

Forward Jared Goodson came out with a broken rib and Matenga was hopeful hooker Cory Purton, who missed last week with a calf strain, would be back this week.

Quick midfielder Patrick Tafili-Reid is available again in a boost for full-backs and mainstay Nasoni Havea is also back and playing well.

Former manawatū Turbos loosie Brice Henderson played for Bs and could enter the equation for Aces.

This weekend will be COB Alumni Day and all teams, from juniors to seniors, will be playing in college.

Te Kawau need a victory in Rongotea against Freyberg if they want to keep their place in the top four.

Fourth-placed Te Kawau is one point ahead of Old Boys-Marist and can’t afford to let any team pass them.

Freyberg has been competitive every week, but has yet to make it across the line for a win. Te Kawau won 45-19 in the first round.

Another victory will do University more comfortable in third place, but it’s not an easy week to do it, against Kia Toa at Bill Brown Park.

Varsity looked slick in their 41-24 win over Freyberg last week and their backs have been sharp for the past two weeks. They are nine points ahead of Te Kawau.

The Kia Toa are four points off fourth and if they could tip Varsity it would close the gap. Varsity won that game 32-12 in the first round and should support themselves to do it again.

Feilding Old Boys-Ōroua and Feilding have their second derby game of the season, but this time at the Stags’ other home ground, Kimbolton.

The high end Feilding will be difficult to stop even at altitude in Kimbolton. They won the first round derby match 29-6.

FOB-Ōroua won’t ride for rivals Feilding and if they were to mount a load in the playoffs, it has to happen as soon as possible.

A Perfect Beach Day for a Chef – Garden & Gun