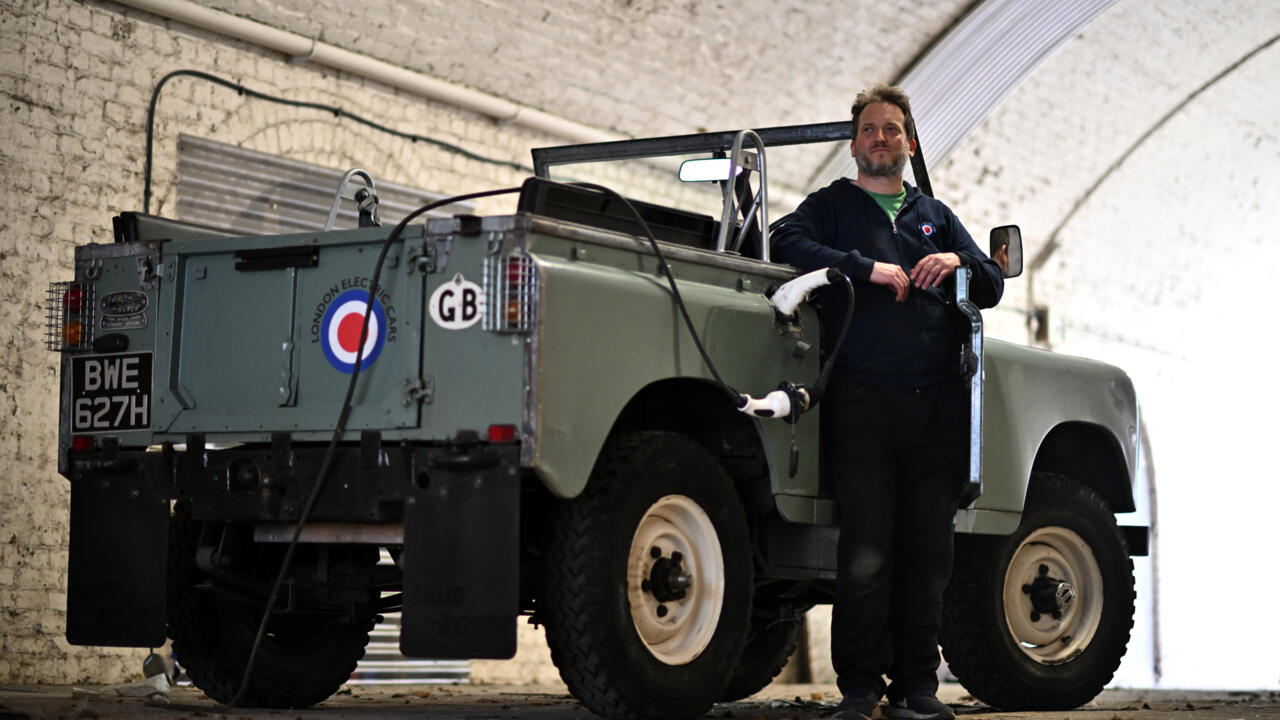 Cars swapping vroom for volts in a London garage

London (AFP) – Tucked away in a workshop beneath a London Underground line, the cars undergo a green makeover by getting rid of their cylinders, spark plugs and pistons for electric motors.

London Electric Cars is one of the companies taking advantage of the UK’s flexible regulatory environment and special fondness for cars to help grow the fledgling industry.

In the workshop, all kinds of cars have come to life: Minis, Bentleys, old ones – like a 20-year-old Volvo station wagon – and other less old ones, including a Fiat Multipla that looks like a platypus.

Some families are turning to Quitter to save their beloved vehicles from the crusher, with places like London raising road charges for older, more polluting vehicles.

“They just don’t want to scrap this car because they have an emotional attachment,” he said.

“Kids grew up on it and instead want to see it reborn as an electric vehicle.”

Refurbished vehicles have a range of between 80 and 300 kilometers (50 to 186 miles), depending on the batteries.

That’s more than enough when “90-95% of journeys within London are under six miles,” Quitter said.

Old engines can be kept, resold or destroyed.

Most vehicles are equipped with Nissan Leaf or Tesla engines, in order to stick as closely as possible to the original performance of the car and to avoid having to adapt the brakes or the transmission.

The garage has converted seven cars since opening in 2017 and hopes to convert 10 by 2022.

“People are realizing that combustion engines are a disaster, they stink, they’re full of fumes, they make a lot of noise, and they’re partly responsible for climate breakdown,” Quitting said.

“I think…we will consider owning classic cars with gasoline engines as a kind of anachronism,” he predicted.

But the umbrella body for historic car clubs, the Fédération Internationale des Vehicules Anciens (FIVA), argued in 2019 that such conversions strip the character of older cars and instead called for reversible modifications.

For purists, noise, vibrations and the smell of gasoline are part of the pleasure of an old car.

But Quitter customers “are not at all interested in that,” he said, adding that they want the “reliability” of electric cars without the smell and exhaust of a vehicle at essence.

He also dismissed objections from those who say such modifications of classic cars are a desecration, saying no one complains that old houses are equipped with modern conveniences.

“At the end of the day, it’s a very personal matter of which cars, for you, would be sacrilege to convert,” he said, adding that he would be unlikely ever to convert an Aston Martin.

He is joined on this point by Garry Wilson, head of the Historic & Classic Vehicles Alliance (HCVA), which works to preserve vintage vehicles, who cited the Aston DB5, James Bond’s famous car.

Switching engines is something that’s been done almost since the beginning of automotive history, but classic cars should be treated with respect, Wilson said.

“There are a huge number of vehicles out there where we should classify them as part of our national heritage, and therefore should in theory be treated as a Grade I listed building, and should not be altered,” he said. he adds.

“We would be horrified if someone installed new PVC windows at Blenheim Palace.

“Frankly, the Houses of Parliament better be torn down and rebuilt with modern materials. But Big Ben is attached to it, it’s one of our national treasures.”

Wilson is also skeptical of the environmental benefits of such conversions for classic cars that average only a few hundred miles a year, compared to 7,200 miles a year for contemporary cars.

This is especially true if parts for batteries and motors come from halfway around the world, he said.

Instead, he believes the solution lies in synthetic fuels, which emit CO2 but are made by absorbing it, and which he says would take the sector to carbon neutrality by 2050.