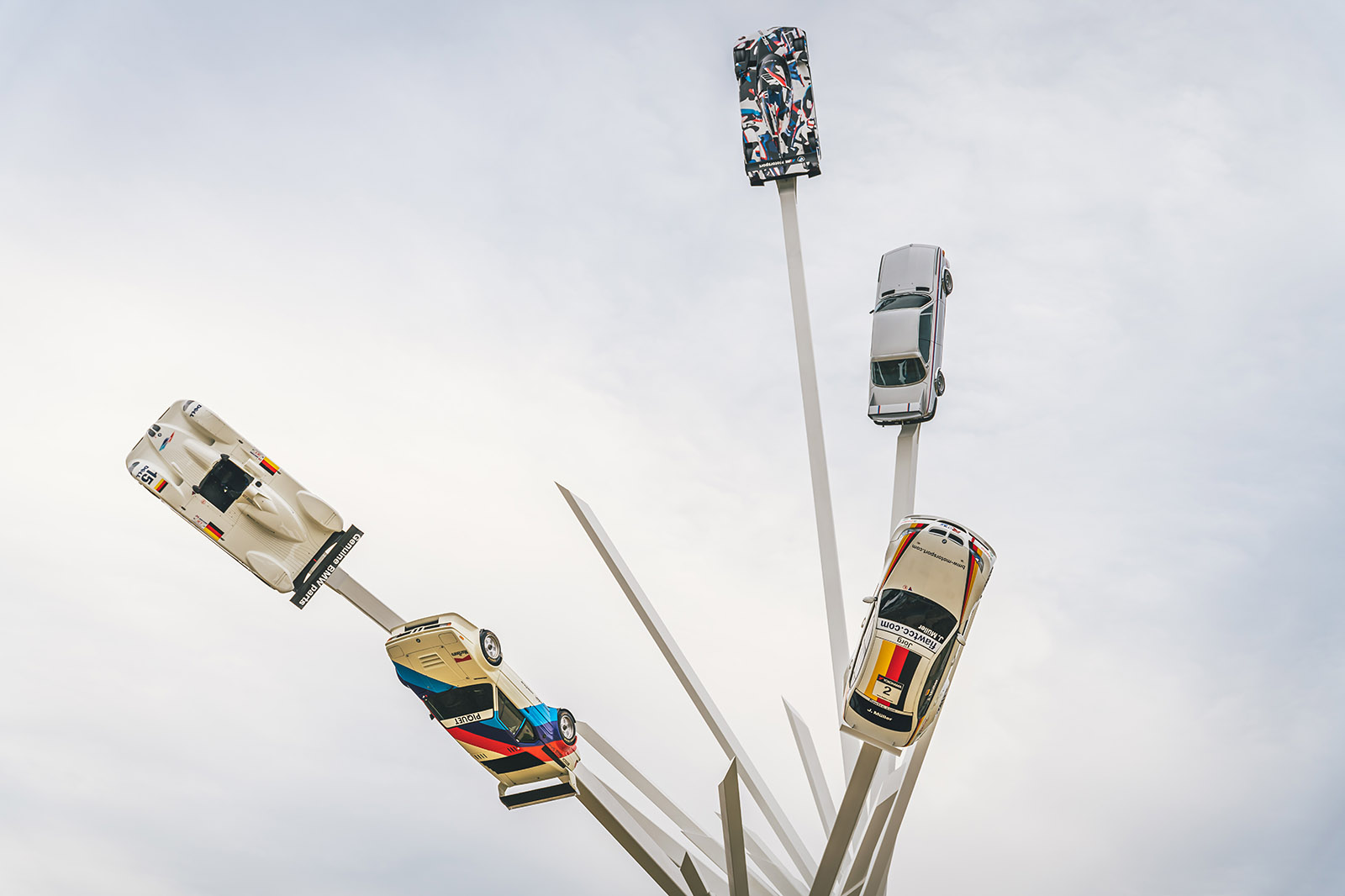 BMW M will use its motorsport involvement to determine the characteristics of its future high-performance electric cars, including replicating the visceral sensations of gear changes and engine noise, CEO Frank van Meel revealed at the Goodwood Festival of Speed.

The company’s most high-profile electrified race car is the M Hybrid V8, an LMDh hypercar that will compete in the IMSA Sportscar Championship next season and could be adapted to contest the 24 Hours of Le Mans.

It shares its powertrain concept with the BMW XM SUV to be launched later this year.

Highlighting the issues of ensuring that electric vehicles are as immersive as combustion-engined ones, van Meel said: “If you can go from 0-300km/h with just one speed and without noise, how will you know how fast are you going when turning? When racing, you judge your speed by hearing the revs and knowing what gear you’re in. You need this feedback, and we need to reproduce it. We have to find a solution for that in the race and then drip it into our road cars.

“It doesn’t have to be the same experience we have today, but we need a solution. We do not know yet. That’s why we have the prototype racing concept: it’s a commitment to finding those answers.

Van Meel added that the M division is under pressure to find answers to make electric cars compelling before 2030, when many European countries will phase out the sale of new ICE cars.

“We need to have those answers by 2030,” he said. “If everything goes electric by then, there will be no more GT3s or GT4s. [racing] if we don’t; we will remain racing veterans.

“We have to start our studies now, because it will take years to get there. If we want to race at Le Mans in 2030, we have to find solutions.”

However, he downplayed the use Formula 1 as a test bed to develop technology that would be relevant for future road cars, saying, “We’re happy with what we’re doing. F1 is considering electrification in 2026, which is quite late. Also, there’s not a lot of spillover to road cars.

“On the [LMDh] prototype there are a lot of lessons, from aerodynamics to cooling, as well as the V8 hybrid drivetrain being linked to the one we have in the XM.

He also spoke about the potential of electrification to make M cars better than ever: “The opportunities for electrification are enormous. There are so many more parameters we can control now to improve cars; we just have to learn how.