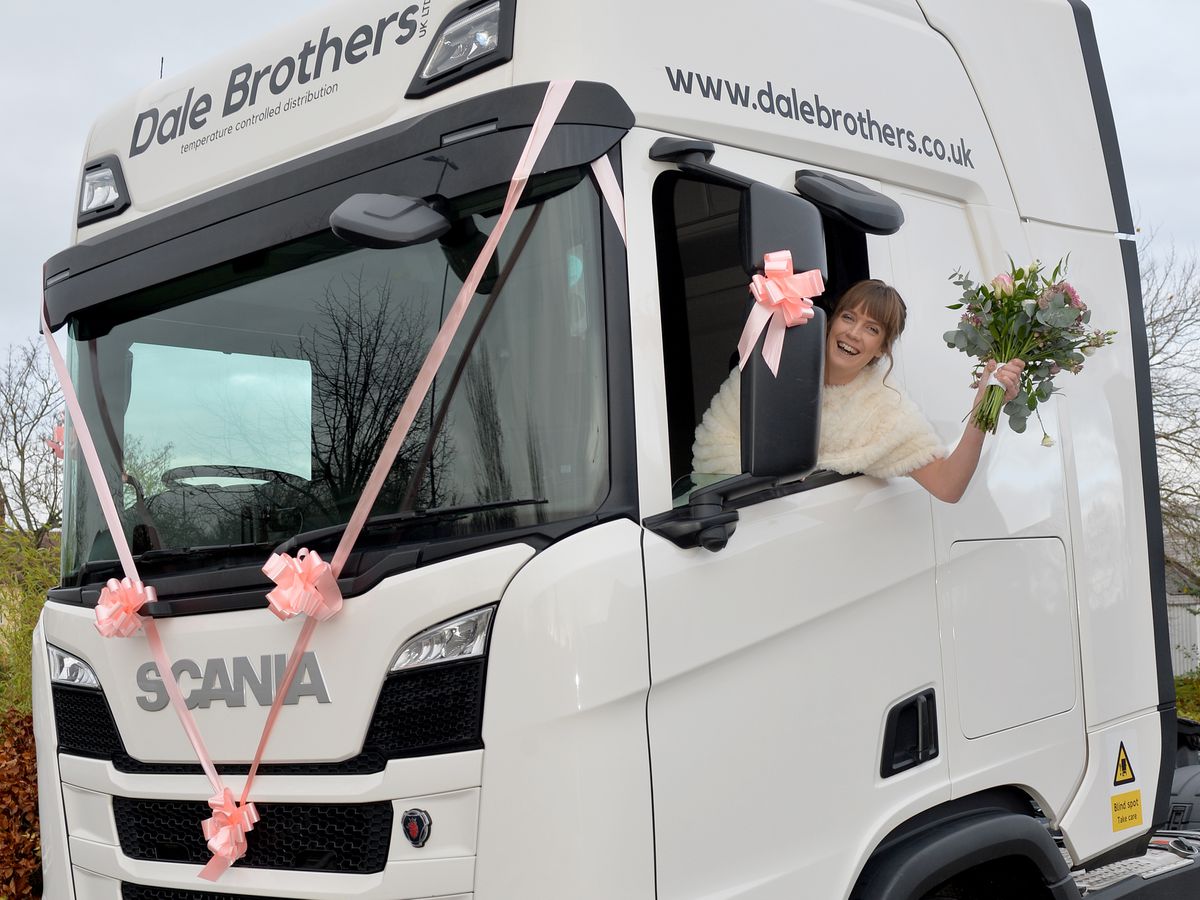 Instead of a limousine or vintage vehicle, Georgina Clarke, truck driver for Telford-based Dale Brothers UK, chose a more unusual form of transport.

She was taken in a heavy truck to marry groom Nicholas Derry at the Telford & Wrekin registry office in Wellington on Saturday.

And it was her boss, Robin Dale, who picked her up from the couple’s home in Donnington, Telford, and drove her to the gym.

Georgina, 27, a truck driver for two years, said: “We are both bikers so originally I wanted to ride a bike, but my dress is too big.

“I wanted to arrive differently and not in the traditional way.

“My boss agreed to take me in the truck, and being a young driver, I thought it might as well be good to show other women that it’s a good industry and that it’s not necessary that all men be behind the wheel of a truck. “

The couple met while they were both studying a rural management course at Rodbaston College.

Nicholas, who is also 27 and originally from Cannock, works as a landscaper – the same job Georgina did before she decided to suddenly change careers and become a truck driver two years ago.

Their wedding was originally scheduled for the summer, but had to be called off twice due to the pandemic.

So it was the third time the couple had been lucky on Saturday when around 50 guests gathered to watch them get married.

Ahead of the big day Georgina, from Eccleshall, said: “I’m really nervous but it’s good because everything is falling into place.”

The day itself went perfectly, Georgina said, with everyone enjoying her unique arrival.

She said: “It has been an incredible day.

“It was exactly as I hoped it would turn out. Everything was perfect.

“It was an amazing day and it was nice to arrive with my two bosses as well.”