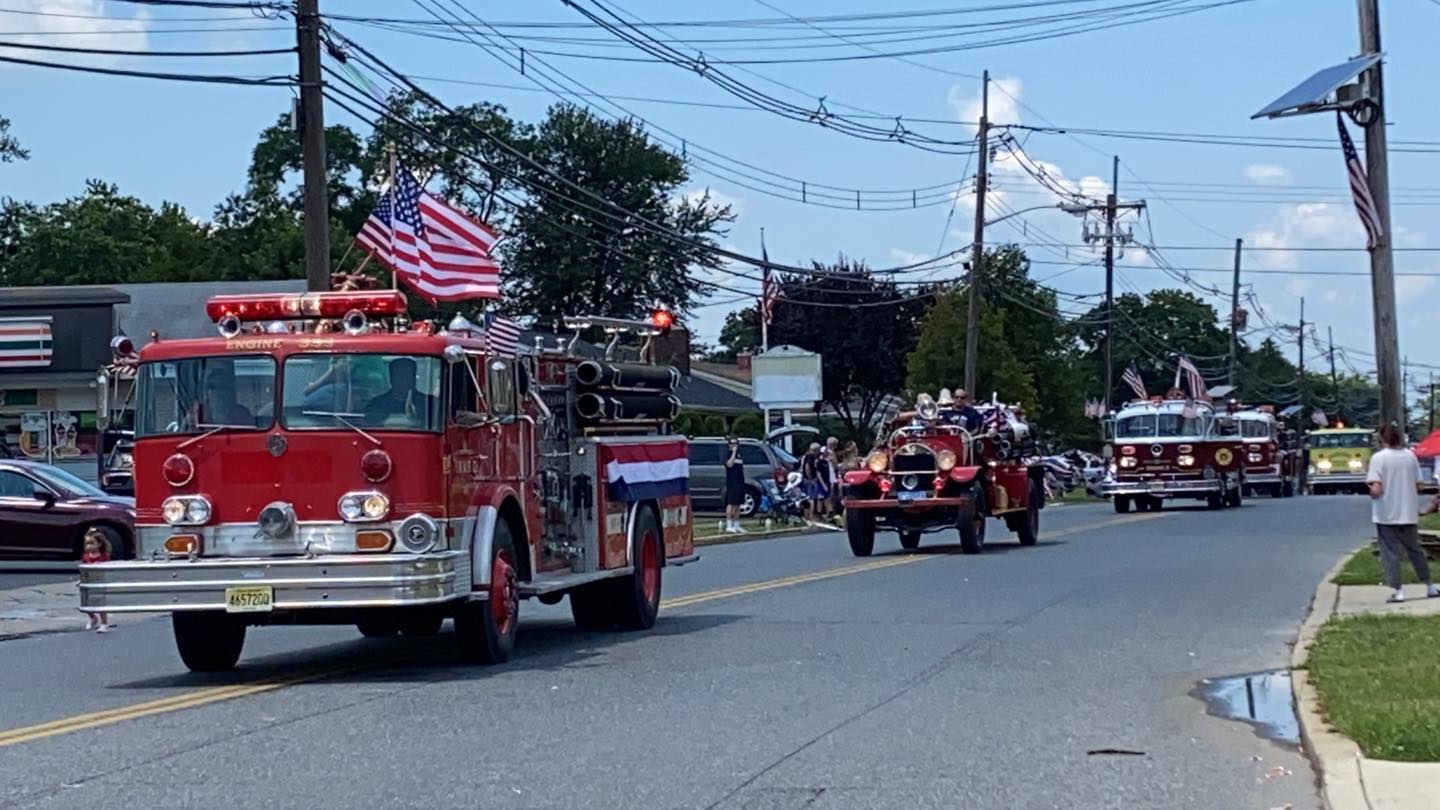 Independence Day festivities will take place on Sunday, July 3, beginning with a parade at 6:00 p.m.

Fireworks will be set off at dusk behind Woodland School and can be seen at many locations throughout the city.

Due to fire/public safety concerns, residents cannot gather behind Woodland School to view the fireworks. Only residents of Newton and Woodland avenues will have access to these streets.

The Yankee Doodle Do will begin at 5:00 p.m. on Sunday, July 3. It will take place on Kings Highway between the PATCO Lane Bridge and Haddon Avenue, which will be closed to traffic for the event.

There will be food trucks, a stage with music, inflatable games for the kids (for a fee) and a chance to enjoy a good old-fashioned street party.

The evening will end with a fireworks display around 9:00 p.m.

There will be no formal viewing area. For public safety reasons, only residents of Newton and Woodland Avenues will be permitted access to these streets.

The festivities begin at 7 p.m. until dusk at the Haddon Township High School football stadium on July 3. (The rainy date is July 4).

There will be a performance by High Fidelity and refreshments will be sold.

Fireworks will be launched at dusk.

The parade will take place on Monday July 4 and will start at noon at the West Center and continue along Kings Highway through Black Horse Pike.

Go out and show your patriotism!

The morning begins at the Harry Williams Community Center, 2 Broadway.

The parade begins at 8:15 a.m. on July 4 at Amherst Rd. & Paris Ave. and down Pine Street to Edgewood Avenue, then down Washington Terrace, ending at Audubon Family Park.

Launch of fireworks at dusk on the grounds of Audubon High School. The high school is located at 350 Edgewood Ave.

Presented by the Camden County Board of Commissioners and the City of Camden at Wiggins Park, celebrate Independence Day at the Freedom Festival on Camden Seafront.
July 4, 2022
5 p.m. – Kick-off. Tri-County Symphonic Band – A Tribute to America and Our Veterans
6:00 p.m. – Traffic lanes. Hailing from the Philadelphia music scene, Travel Lanes blend infectious melody with their brand of power pop rock
8 p.m. – The O’Jays. For over fifty years, the Rock & Roll Hall of Famers and music legends of Philadelphia have brought electric energy to soul and R&B.
Spectacular fireworks over the Delaware River
9:30 p.m. – This festival brings together thousands of people to enjoy a series of artists and a spectacular fireworks display by Serpico Pyrotechnics. Be sure to come to Camden Waterfront for food, beer, music and fireworks during the annual Freedom Festival.

The July 4 parade will begin at 10:00 a.m. It will start at the corner of Kings Highway and Chestnut Street and run down the highway to Haddonfield Memorial High School. There will be rope groups and other groups, local commissioners and citizens of the year, civic and neighborhood groups, as well as vintage cars and kids on bikes.