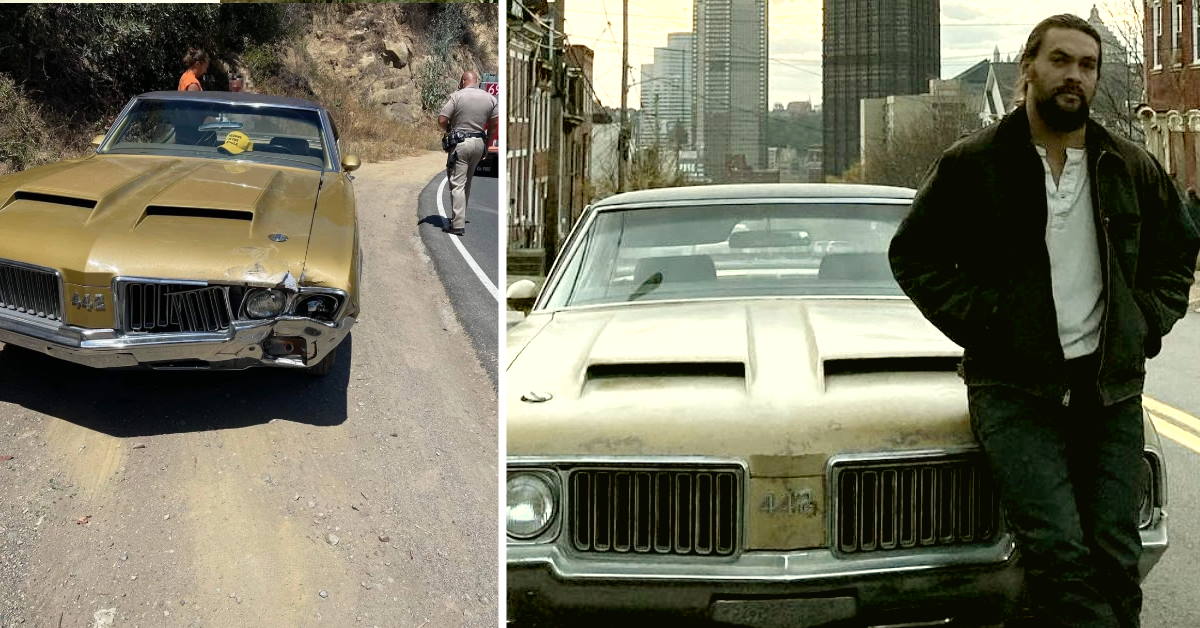 Hollywood star Jason Momoa was involved in an accident over the weekend. The actor survived a head-on collision with a motorcyclist in Los Angeles.

According to TMZ, the Hollywood actor was driving on Ola Topanga Canyon Road near the Calabasas neighborhood. The incident happened before 11 a.m. on Sunday when a motorcyclist was in the opposite lane. The bike crossed the center line of the road and crashed head-on into Momoa’s 1970 Oldsmobile. The vehicle was used in his 2021 Nexflix movie – Sweet Girl.

The Oldsmobile 442 used in the film is a classic muscle car produced by Oldsmobile between model years 1964 and 1987. The name “4-4-2” (pronounced “Four-four-two”) comes from the four-barrel carburetor, four-speed manual transmission and dual exhausts from the original car.

Pontiac’s GTO sold so well that the team at Oldsmobile quickly put together a performance package for the F-85 to get a model into showrooms for the same 1964 model year. In 1968, the 442 option was so popular that when the second generation car debuted, the 442 became its own stand-alone model.

Video footage obtained by TMZ also shows emergency personnel and several motorcyclists who gathered at the scene. Jason Momoa appeared unharmed in this video and was seen returning to his vehicle. No charges have been filed in the crash.

There is also a special Jason Momoa Harley Davidson collection. The iconic American motorcycle brand offers a host of products under Jason Momoa’s collectible line. This includes jackets, clothing like shirts, t-shirts, and riding pants. Momoa came into the limelight after shows like Games of Thrones became popular. He also appeared in comedy movies like Aquaman. Currently, the American actor is working on another edition of Aquaman which will be released in the coming months.