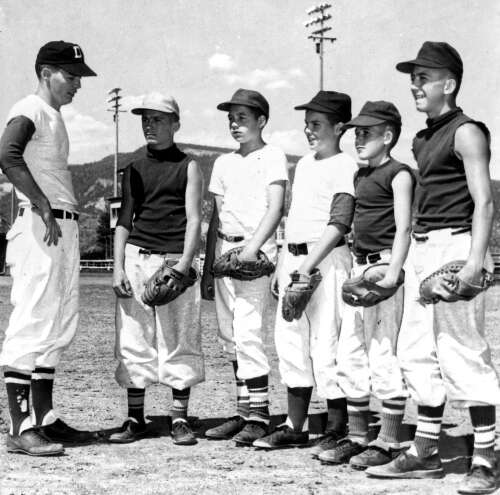 In 1951, the Durango Junior Chamber of Commerce needed someone to take over the Old Timers Youth Baseball program. The civic organization chose a 17-year-old Durango High graduate, Ward Lee, to take over the leadership of the program in the middle of the 1951 season. Lee jumped at the chance and ran the program for the next 42 years, returning even every year of college to spend his summer coaching and leading the program. While at the University of Northern Colorado at Greeley, Lee played in the College World Series and later had the opportunity to play professional baseball. He chose to return to his hometown and teach social studies for District 9-R and devote his summers to the Old Timers program. Lee hired school-aged boys to coach, referee and mentor youth league players. Remarkably, the program was administered without parental involvement. He funded the cost of the program through the sponsorship of teams from local businesses. The cost for each player was exactly zero. He credits The Herald Durango for his strong support of the program by raising the profile of the companies through daily printed reports of each match which included the names of team sponsors and key players. It has been estimated that Durango Old Timers Baseball has served over 10,000 boys in the 42 years that Lee has run the program. Here, Lee chats with a group of aspiring ball players during his first or second year in charge. – Ed Horvat for Animas Museum, edhorvat @ animasmuseum (Courtesy of La Plata County Historical Society) 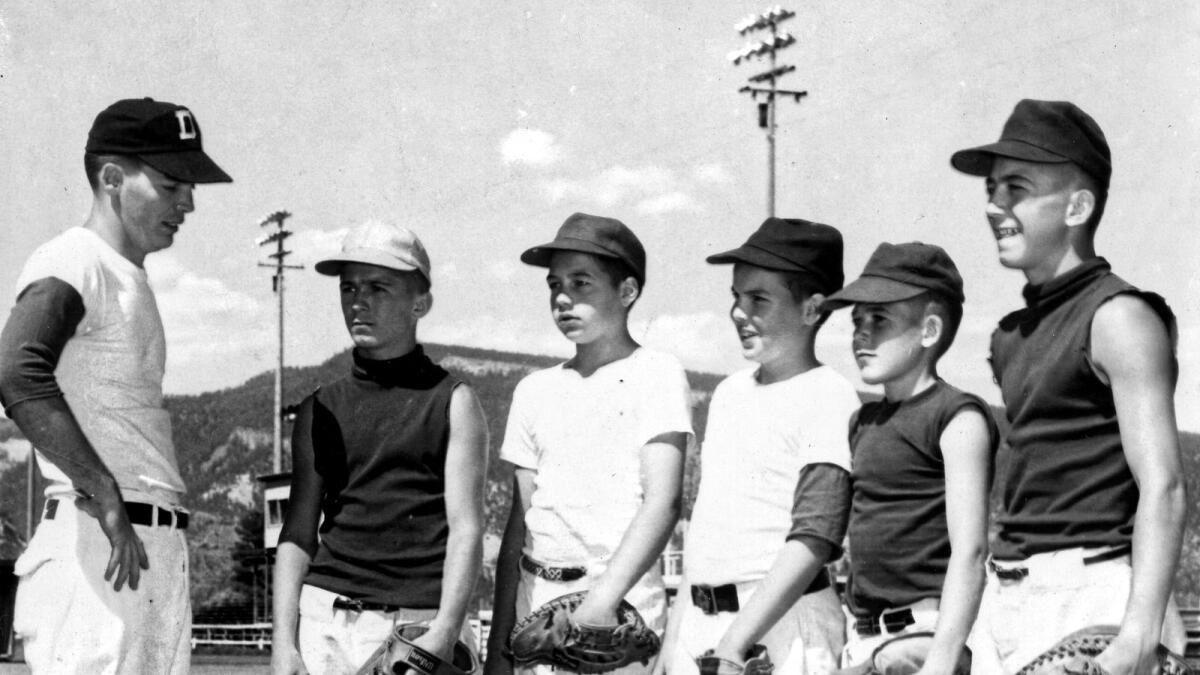