This Porsche 911 SC Targa is a bit more special than most, it is a former Dutch Rijkspolitie (State Police) road patrol vehicle, and it remains in its original service specification.

The 911 SC Targa might seem like an unusual vehicle to choose for police duties. It was ultimately chosen because it was ideal for high-speed chases, had room in the back to store police equipment, and when directing traffic the officer could stand on the seat, giving him a good view of the surrounding traffic.

Quick Facts – A Porsche 911 SC Targa from the Dutch Rijkspolitie

The Dutch police and the Porsche 911

In the 1960s, there were no speed limits on Dutch autobahns, and the police needed something that could keep up with the fastest sports cars while still offering some level of practicality.

The front of the car is equipped with police sirens and additional fog lights, some cars also have added spotlights.

They eventually settled on the Porsche 356 Cabriolet, using them from 1962 to 1966 painted white with the distinctive orange and black Rijkspolitie livery on top.

When Porsche unveiled the significantly faster 911 Targa model in 1967, the Dutch police changed their preferred model and started ordering them – still in white and still with the Targa roof.

The Targa top was chosen for a very simple reason, it allowed police officers to stand up in their seats (with the top removed of course) to get an elevated view of surrounding traffic, and to direct that traffic as needed.

The cars arrived from Porsche with white paint and a small number of extra options, including a passenger side mirror, rear windshield wiper, and front and rear fog lights. 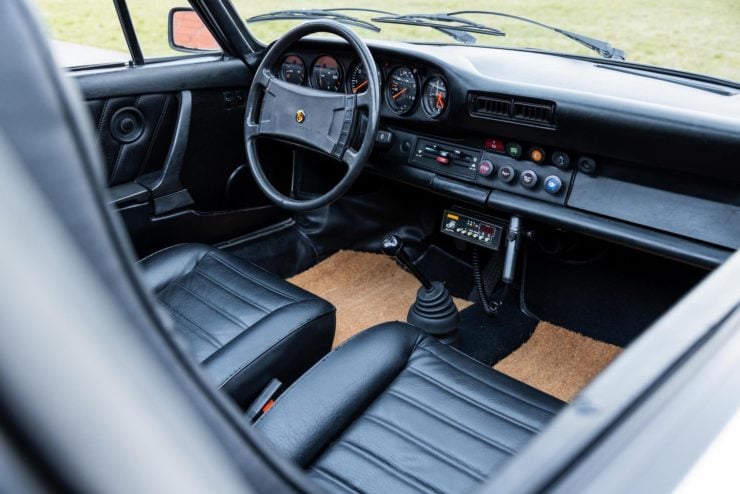 The interior is largely factory except for the police radio, switches for police lights and sirens, and rear seat lockers for storage.

The police department then had them modified, a pillar was added to the Targa bar with a flashing blue light, high visibility orange livery was added to the front, sides and rear, a high- a rear-mounted speaker was installed along with sirens and lights and storage lockers were added above the rear seats.

In total, the Dutch police would buy 507 Porsches, including the 356, 911 Targa, 914, 924 and 964. Today the surviving cars are sought after by collectors and well known within the Porsche community.

The car you see here is an original Porsche 911 SC Rijkspolitie from 1980, it benefits from a complete restoration between 2021 and 2022. 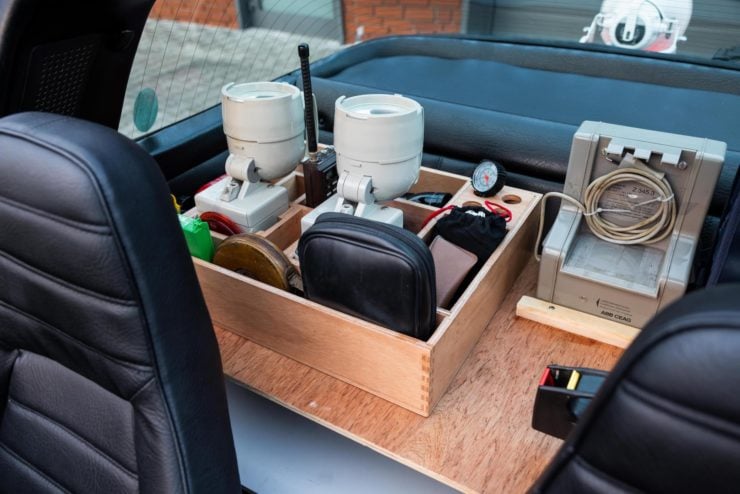 The design of the rear seat lockers changed over time, they included all the equipment that highway patrollers could have needed and they were permanently installed – they could not be removed and therefore the rear seats were not used to transport suspects.

The car is powered by the classic air-cooled 911 SC 3.0-litre flat-six, mated to a 5-speed manual gearbox sending power to the rear wheels.

He is equipped with all his original police equipment, not to mention the eye-catching livery of the Rijkspolitie. The car rolls on original 15-inch ‘hackmesser’ or ‘cookie cutter’ alloy wheels wearing Vredestein Sprint Classic tyres.

The car comes with its original Dutch title, plus a Porsche “Geburtsurkunde” (birth certificate) confirming its factory equipment and delivery to the Rijkspolitie. It is now offered for sale on Collecting Cars and at the time of this writing, there are a few days left to bid.

If you would like to learn more or register to bid, you can click here to visit the listing. 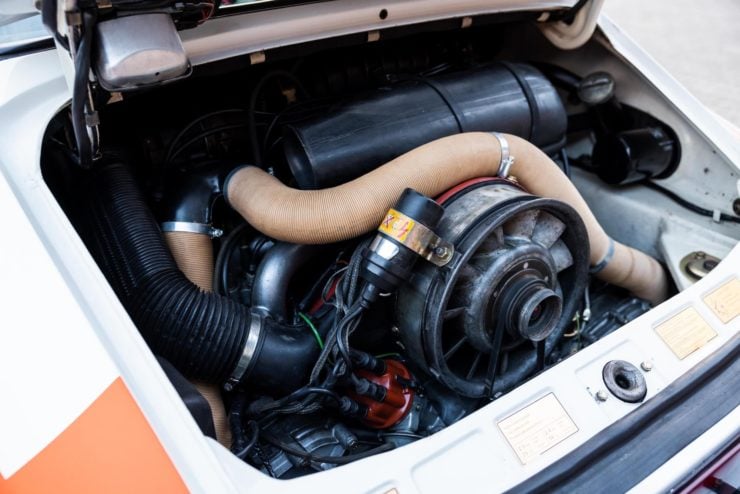 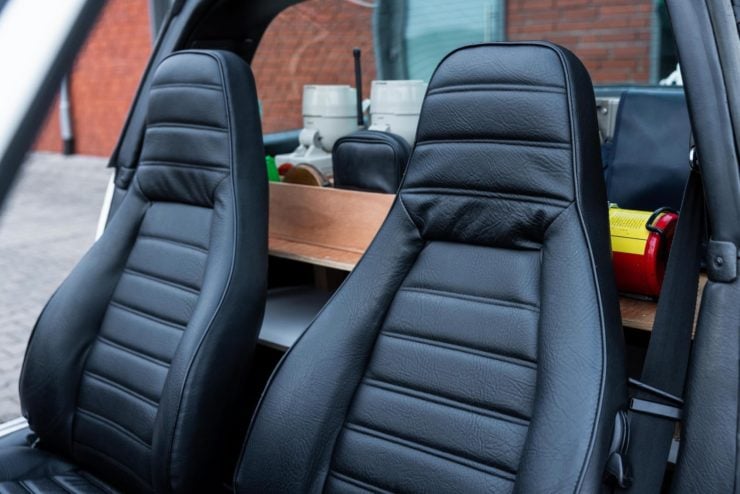 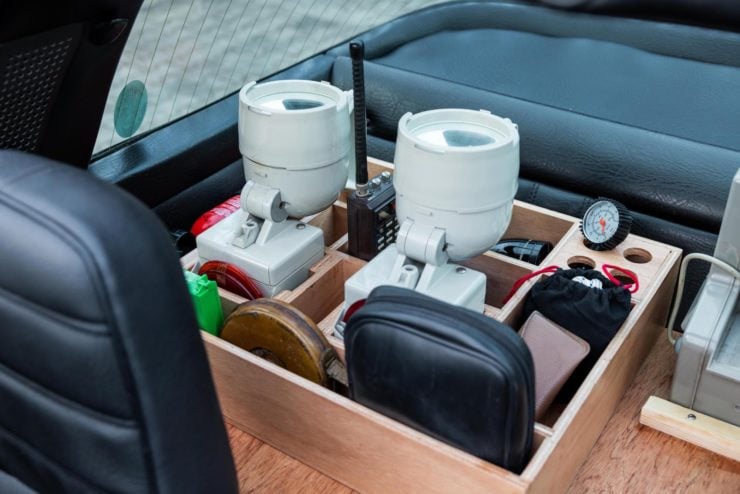 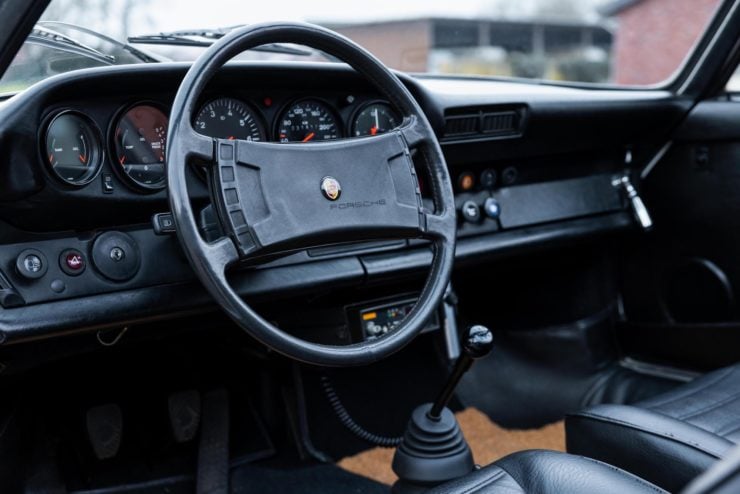 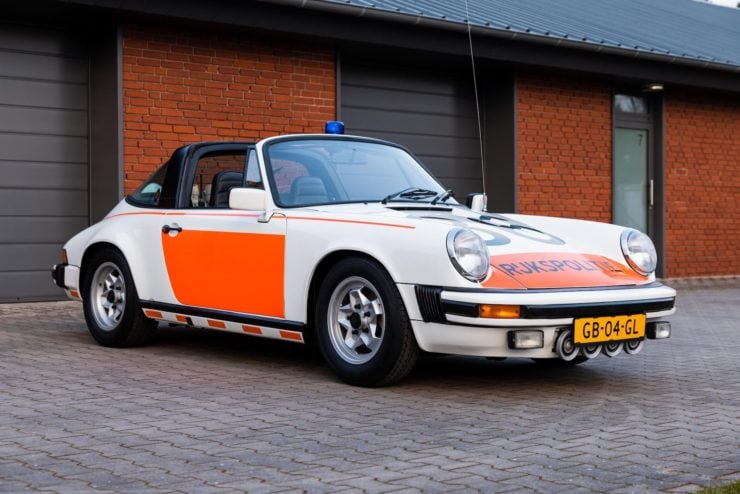 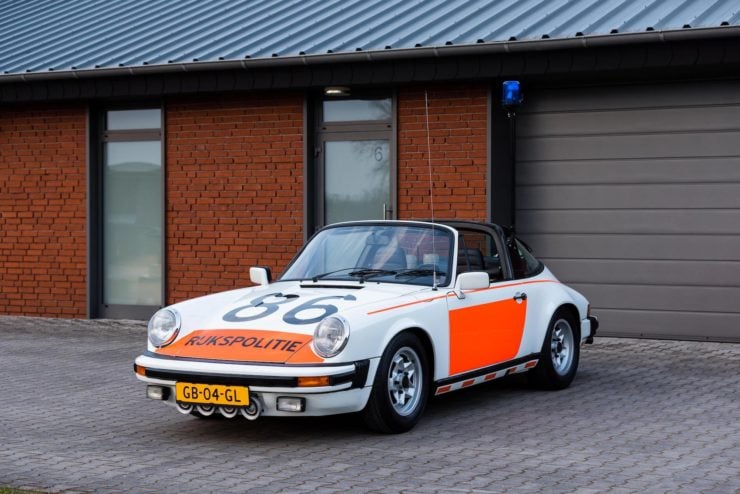 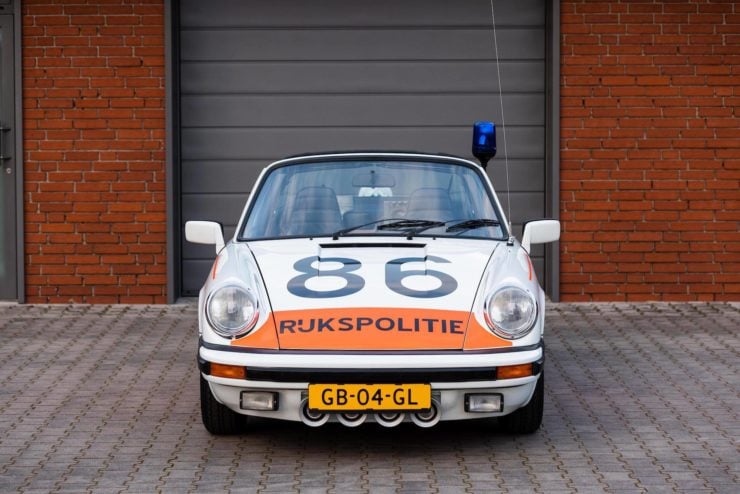 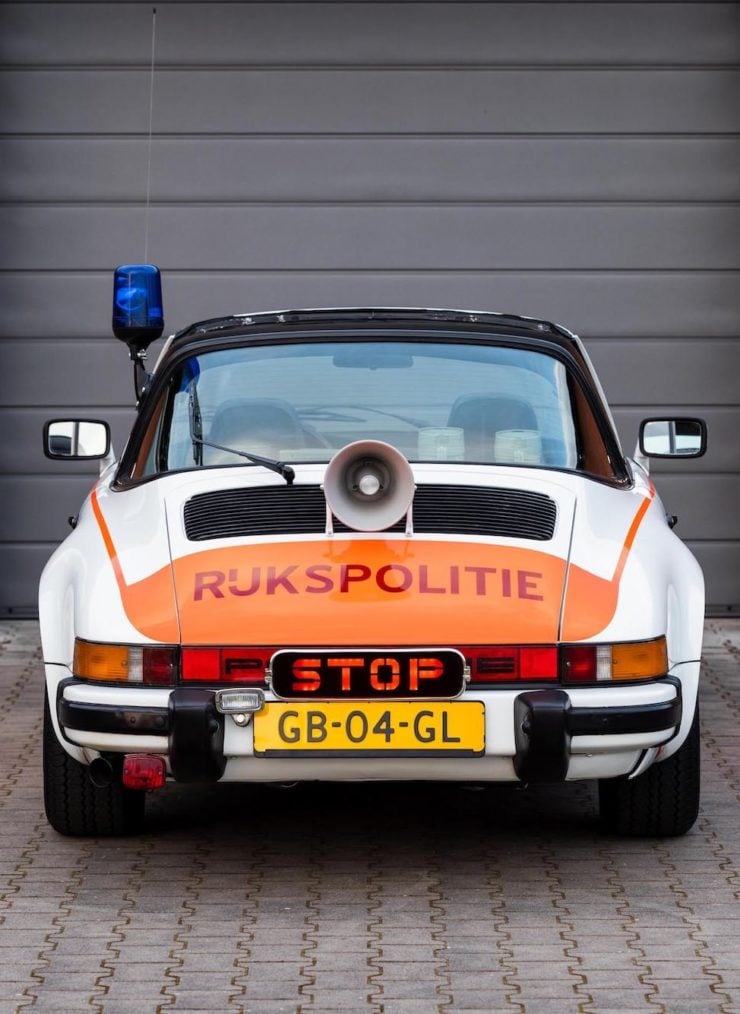 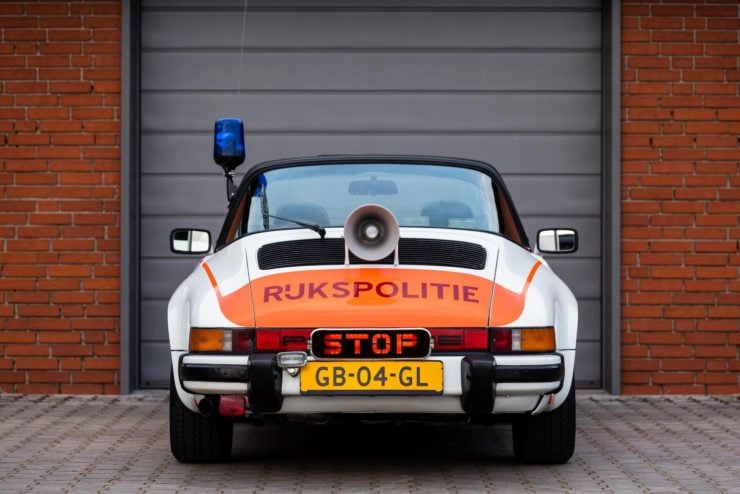 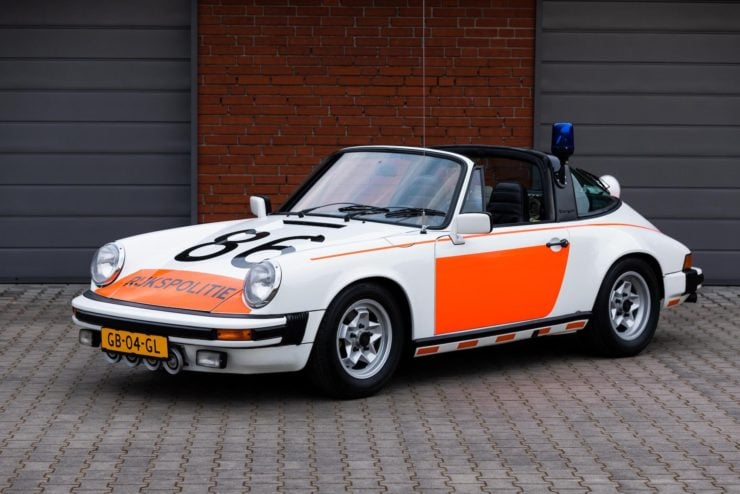 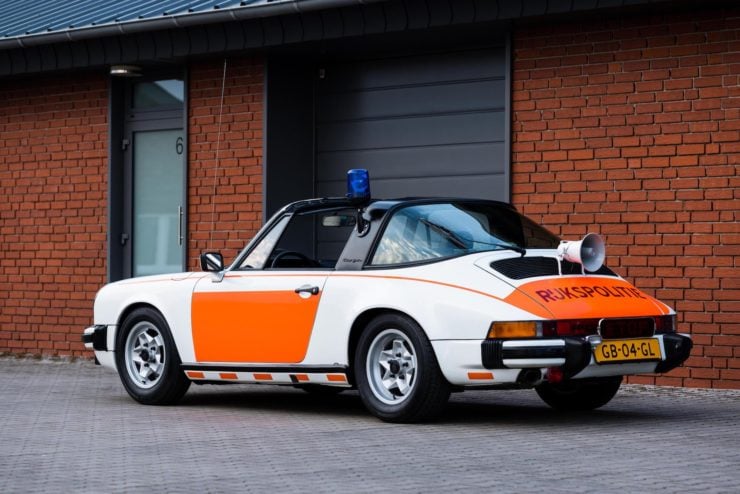 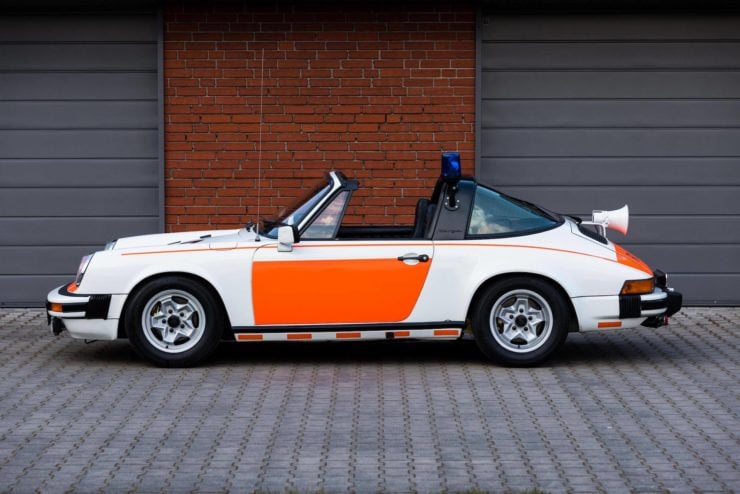