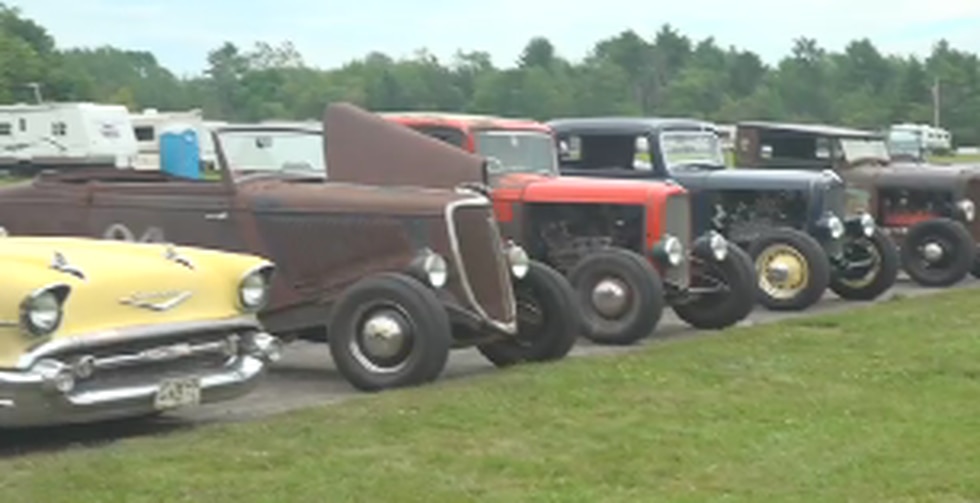 A local family shares their passion and history for racing

WINTERPORT, Maine (WABI) – With the smell of fuel in the air, the Pine Tree Jamboree draws hot rod enthusiasts to the Winterport Dragway all weekend long.

Chief Photographer Mark Rediker met a family who share their stories of why running is so important to them.

“Nothing like the sound of the Flathead,” said one Jamboree participant.

“The West Coast took most of the credit for drag racing in the early 1950s, but in reality it was mostly happening here in Sanford, Maine,” said Eli English, co-organizer of the Pine Tree Jamboree.

“So this event is basically for the backyard builder,” said Pete Flaven, co-organizer of the Pine Tree Jamboree.

“My car is the 1929 av8. And I think the reason it’s more special to me is the way it brought my family together, ”Lisa English said.

“We built a 63A together,” said Alden English, son of Eli and Lisa.

“One of our car club members gave us a rolling chassis, and we took it all apart,” said Isaac English, son of Eli and Lisa.

“After swapping out the 25 T bed and 28 body to the new frame, we ended up installing the engine there,” said Alden English.

“Four or five weeks ago, we blew up our last bang. We like to put a V8 in it, ”said Isaac English.

“He had problems with overheating. So I just took a pressure washer, took out the coolant hose inlets, took the pressure washer stuck in there, cleaned up all the rust,

“We want these to be just the first vintage cars,” said Eli English.

“This is my first old car. There are the original four bangers in there, ”said Gabrielle Goodwin, a driver.

“We wanted to keep it from 1953 and up, focusing on all the flathead electric cars which, again, these are the super powerful cars, but it’s still a race because we’re all on it. same playing field, “said Eli English.

“We’re talking a bit about a model specific to a roadster owner. Honestly just watch out for upcoming Gears. We don’t know what’s going to happen, this drivetrain has been in the woods for a really long time, so we’ve just got it. put the gear oil on and called the right one, ”said Alden English.

“I think it’s great that people love the history of cars,” said Goodwin. “I think it’s something that’s dying in a way, it’s nice to see it come back.”

“It’s actually really, really exciting to watch your kids grow up and follow their father’s passion, to see how it brought them both together when they get out of the car, shake hands and they are having a blast, the fact that they make the older generation proud because they keep going is really, really what makes me so happy, ”said Lisa English.

Manmiller, Gilmore and Swinehart win films at Grandview on Saturday before the rains arrive

Opinion: On the public confession of sin