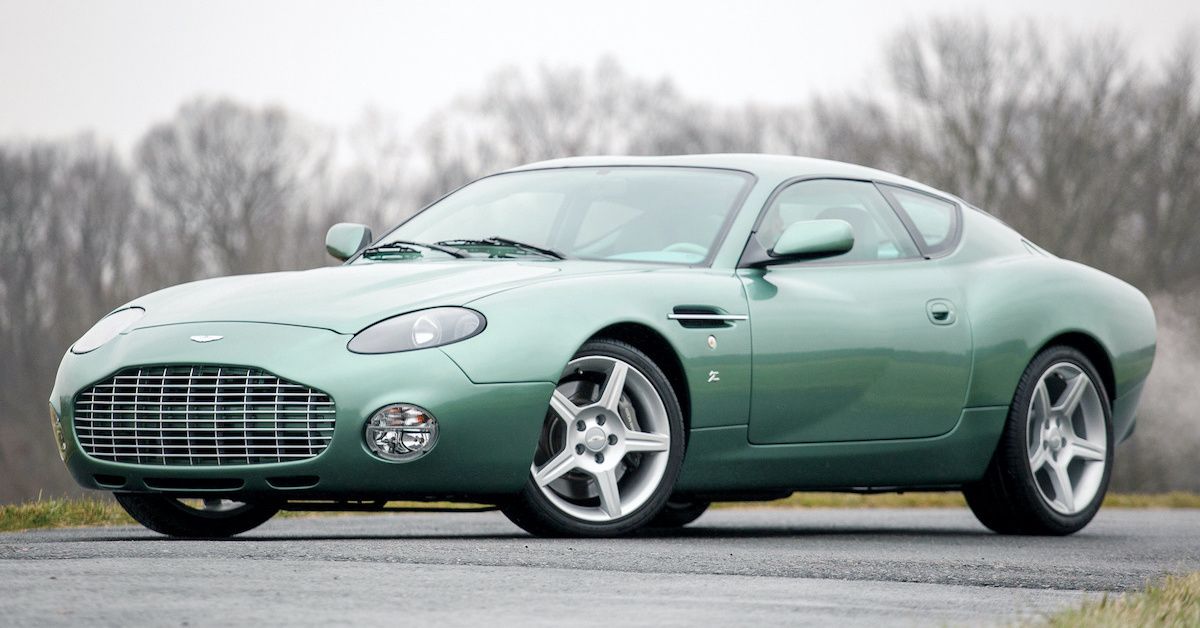 A detailed look at the Aston Martin DB7 Zagato

In mid-August 2002, the Aston Martin The DB7 Zagato made its public debut at Pebble Beach. Gieves & Hawkes, perhaps London’s most renowned bespoke tailor, held a preview for potential buyers just weeks before its official factory unveiling.

The concept for a modern DB7 Zagato was born out of a conversation between Aston CEO Ulrich Bez and Andrea Zagato when they were both judges at the Pebble Beach Concours d’Elegance in 2001.

From 1994 to 2004, the Aston Martin DB7 was in production, helping to revive a company that had only produced 46 cars in 1992, when it was at its lowest point. The DB7 changed everything, thanks to Ford’s parts bin and a recovering economy at the time.

He introduced a new design for the 1990s that has held up exceptionally well over the last quarter century.

Available only for the 2003 model year, Aston Martin produced only 99 units of the DB7 Zagato, and the designers only sold them in the UK, Europe and South East Asia.

The car that started the partnership: the Aston Martin DB4 GT Zagato

As with the DB4 Zagato, which was the catalyst for the Aston Martin-Zagato partnership, the new DB7 bears a striking resemblance to the original. Despite the forty-year age difference, the two coupes have a lot in common. The new Zagato, like the DB4Z, has a reduced wheelbase and two seats. The racing program is what sets the two vehicles apart.

When the DB4 was first made in 1961, Aston Marin designed it to compete with the Ferrari 250. The DB7, unlike the DB4, was not intended for use on a circuit. The DB7 Zagato, on the other hand, is only available as a high-end grand tourer.

Produced in 1958, the first Aston Martin DB4 was widely recognized as a successful Grand Touring (GT) car. The DB4 made extensive use of technology from Aston Martin’s past racing efforts, including disc brakes, independent front suspension and a Touring of Milan Superleggera body.

Aston Martin was eager to take it to the track a year later, so Aston Martin unveiled the GT model in September 1959.

The GT model had special features that made the DB4 more durable for long runs. Some of the changes include a shorter wheelbase, smaller cabin and lighter bodies. Large hood scoop: This model had a powerful version of the inline-6 ​​engine that used triple Weber carburettors, twin-spark ignition and high-lift camshafts for a power output of 298 hp.

The exceptional appearance of this very exceptional car is complemented by Zagato-style 5-spoke alloy wheels and a one-of-a-kind Analine leather interior. A 440 hp variant of the DB7 GT engine is used in the DB7 Zagato, which is mated to a 6-speed manual transmission.

Italy handcrafts the aluminum body of the steel monocoque, which is then sent back to England to be painted and trimmed.

RELATED: 10 Reasons Every Gearbox Should Drive The Aston Martin Valkyrie

As for power, the Zagato coupe relied on a modified version of the 6.0-litre V12 that the DB7 GT had previously used, with the six-speed manual transmission being the only available option.

As well as the V12, the standard DB7 featured a 3.2-litre straight-six engine which was available with a variety of automatic and manual gearboxes throughout the production life, translated into a classic car that was cheaper to maintain than the V12-powered DB7.

The suspension was tweaked to give it “a sportier look” than the normal DB7, and the axle ratio was shortened to further increase the acceleration figures over the standard vehicle. Although the DB7 Zagato was not designed for racing, it does reach a top speed of 190 mph which is a pretty decent speed.

Compared to the V-12 Vanquish, it cost around $250,000 and had less power, despite being based on an older model with fewer complex features. That’s the price of being a limited edition car. The DB7 Zagato is still considered one of the most beautiful GTs of all time.

The car that could have ruled the world: the MG XPower SV

Marcus is a car enthusiast who loves writing about them. He travels frequently and is always looking for the best roads to really test a car’s limits. His favorite cars are any with a manual transmission, and he’s been known to spend hours shifting all gears.

Uiagalelei Get to work, make changes