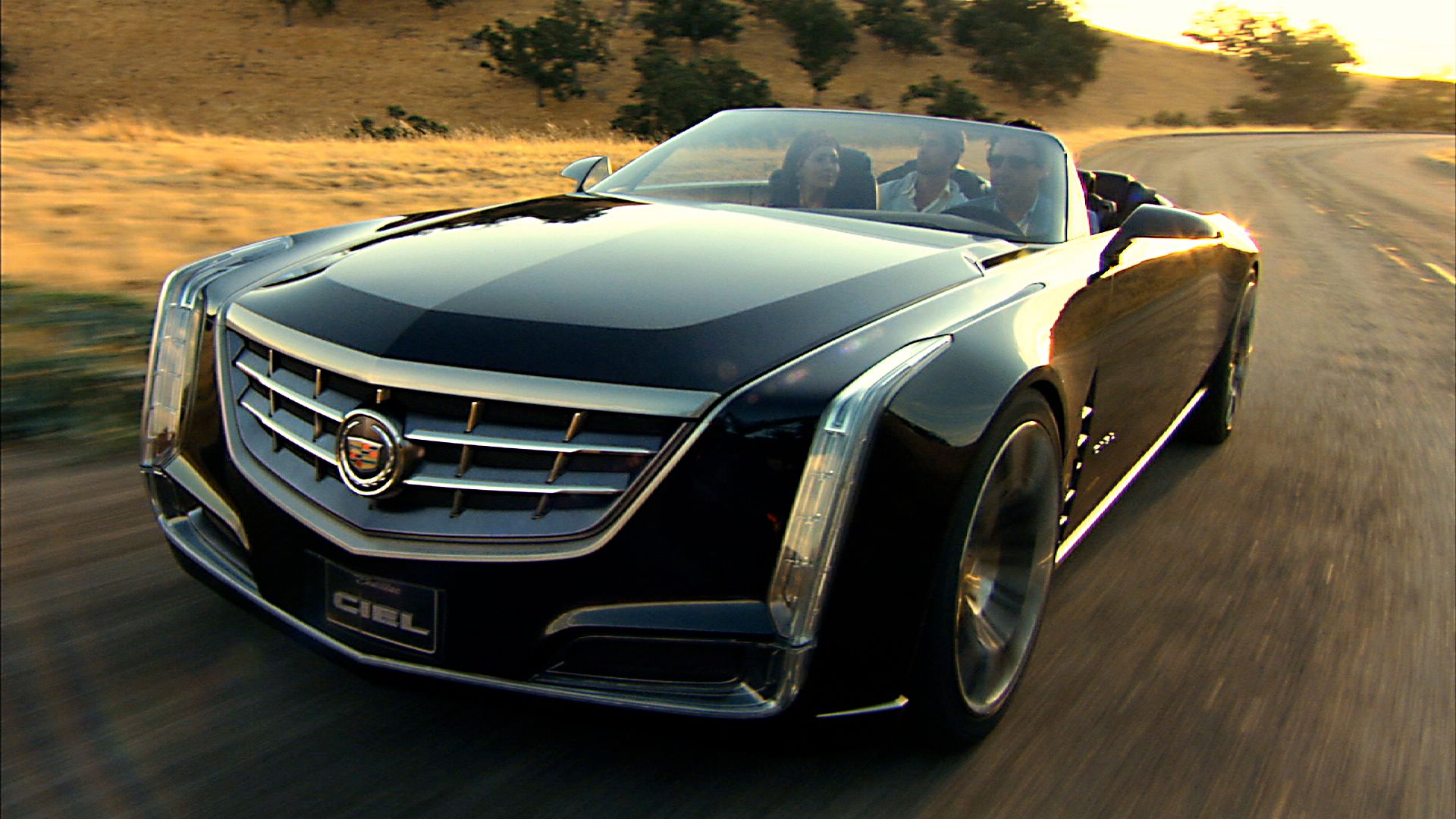 A detailed look at the 2011 Cadillac Ciel concept car

Since its launch in 1902 (from the remnants of the Henry Ford Company), Cadillac has consistently strived to establish itself as the premier luxury car brand in the automotive market. We don’t need to tell you how it turned out, because today Cadillac is synonymous with extravagance and cutting-edge performance.

However, if all of Cadillac’s production cars aren’t enough evidence for it to claim a position among the top echelons of automakers, the company has also produced several concept cars that it can use to bolster that claim. These concept cars were to highlight the initiatives taken by the American brand to design innovative solutions for the future. Among them, the Escala, Elmiraj and Ciel all stand out as some of the most luxurious and gorgeous concept cars the world has ever seen from Cadillac.

“We’ve created a Cadillac that lets you touch the sky,” said Cadillac chief interior designer Gael Buzyn, describing the Sky. This statement explained the name which translates to “ciel” in French (pronounced “CL”).

The vehicle aims to achieve the atmosphere of a four-seat convertible tourer that screams luxury. Well it’s probably still yelling, because he had the sad fate of never taking to the streets. Nevertheless, one can never really lose hope that such a promising concept car could ever make it to the production plant.

Wide, authentic and equipped with high-end technology for its time, the 2011 Cadillac Ciel is still worth remembering today. Let’s take a closer look at its luxurious style.

The 2011 Cadillac Ciel was all about style, much like every other concept car. In order to showcase the luxury potential of its division, General Motors made sure to design this open-top passenger car with the utmost care. Thus, the Ciel received a classic yet modern body, combining the best of both worlds.

The first notable feature of the 2011 Cadillac Ciel Concept Car was the long wheelbase. Then there were French-hinged front and rear doors to reveal the outstanding interior and add to the positive first impression you get when looking at the tourer. Additionally, nickel-plated lines ran down all sides of the car to complete the already super soft and smooth design.

Essentially everything about this car has been polished to perfection, from the wheels and rims to the vintage-looking grille. Even the paint has been taken care of. Le Ciel featured a special color named Cabernet to evoke the feeling of looking at the best red wine under sunlight.

The Cadillac Ciel interior is designed for the ultimate driving experience

Over the years, we’ve grown accustomed to seeing out-of-the-ordinary concept cars. Most brands usually go too far in designing concept vehicles, sometimes even making them less appealing than expected. However, that didn’t happen with the 2021 Cadillac Ciel concept car.

One look inside the Ciel and you’ll notice everything is sleek, smooth and well-balanced. Obviously, Cadillac wanted to create an authentic yet simple and spacious interior that would provide a comfortable experience for driver and passengers. The project succeeded.

The interior of the Ciel uses all the premium materials but doesn’t make sense. All features, buttons and components are intuitive, so there’s no guessing when you’re on the road. Plus, the interior provides all the finest materials and parts to make you feel enveloped in luxury while you’re there.

Italian olive wood runs through the doors, dashboard, console and front doors, making the interior breathtaking. But there’s also premium leather in the seats and other components, plus a handful of features to improve ride quality, including seat cooling and heating functions and ambient lighting.

As we said earlier, Ciel was meant to make Cadillac a forward-looking luxury brand, but in the end, it did more. He was talking about the customer experience, not just extravagance in style.

Yet after all this talk of the Cadillac Ciel design, one might think that this vehicle has nothing more than its aesthetic appeal. Fortunately, the specs tell a different story. General Motors intended to equip the Cadillac Ciel with a twin-turbocharged 3-liter V6 engine. As a result, this superb touring car would have been a real pleasure to drive, developing up to 425 horsepower. It’s no wonder so many car enthusiasts pin high hopes on the Cadillac Ciel. Driving this powerful car in the open would have been a blast.

Ultimately, one had to be enamored with every aspect of the 2011 Cadillac Ciel concept car, because the vehicle wasn’t just meant to be admired from afar. General Motors wanted to offer its customers a high-performance, beautiful and enjoyable passenger car. It was about the whole experience, not just bits and pieces, which is why it’s unfortunate that the project was never developed further. The production version of the 2011 Cadillac Ciel Concept Car really would have been something special.

Suzana Mijatović is a literary critic secretly in love with all things automotive. You’ll find her either reading Dostoyevsky or under the hood changing transmission fluid and oil filters. She has a long history of drafting automotive parts and automotive products, from brakes to seat cushions. Suzana is also a poet and an amateur photographer.

The Nostagia festival should return to Kurri Kurri