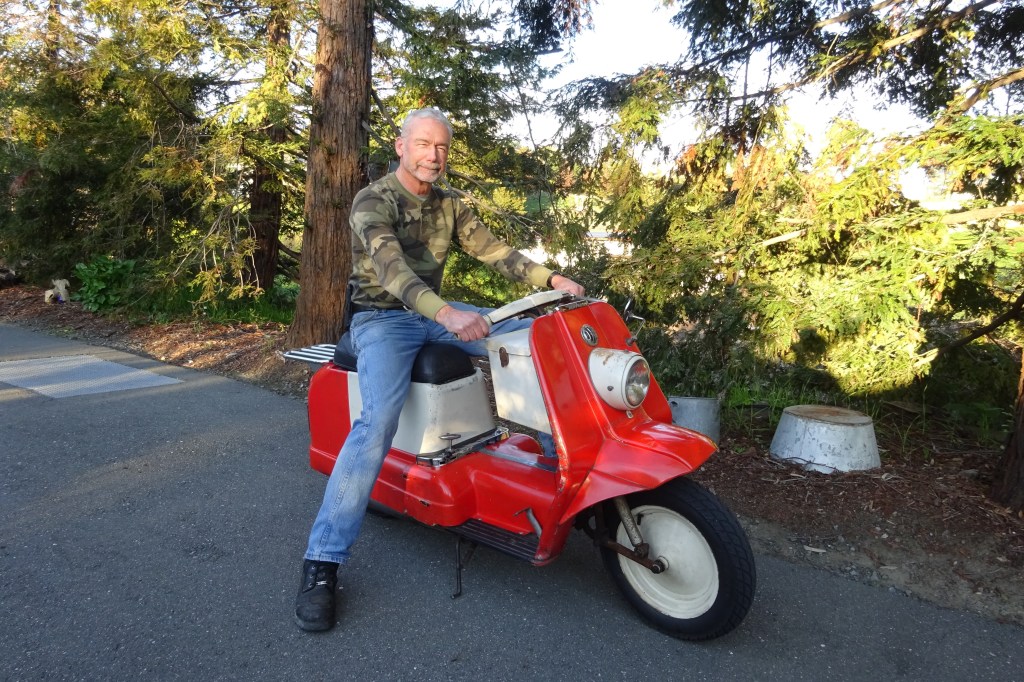 Almost everyone is familiar with Harley-Davidson motorcycles. Many would think the company was started in Milwaukee by a couple of guys named Harley and Davidson, but that’s only half the story.

It was actually Harley and three Davidson brothers. So why isn’t the company called Davidson-Harley? Apparently the original idea for the bike came from William Harley, so the Davidson brothers, nice as they were, thought it would be fitting for the company to be called Harley-Davidson. The company’s history dates back to 1903 and it was incorporated in 1907. There were 24 motorcycle companies in the country and Harley was one of only two motorcycle companies to survive the Great Depression.

Apparently that first Harley team was good. They sponsored a very successful racing team and later sold out the US Postal Service, military and police departments to use motorcycles. Motorcycles played an important role in World Wars I and II, and Harley supplied over 20,000 motorcycles for World War I and over 90,000 for World War II.

Harley has had many owners and gone through good and bad times, but through it all has become one of the greatest motorcycle manufacturers in the world. In addition to the Milwaukee plant and headquarters, the company has plants in Pennsylvania, Brazil, India and Thailand. In 1981, Harley was purchased by a group of 13 investors led by Vaughn Beals and Willie G. Davidson, the son of one of the company’s former presidents and grandson of co-founder William A. Davidson.

Harley has done a great job of keeping the Harley-Davidson name in the public eye. There have been movies like “Easy Rider” and the comedy “Wild Hogs” featuring Harley motorcycles, and there are all kinds of Harley-branded merchandise like shirts, boots, jeans, jackets, mugs beer, etc. They became the first brand of motorcycles. , but their products appealed mostly to older male riders. It has been a blessing and a challenge almost since the beginnings of the company. How to interest young buyers in Harleys?

So in 1961 Harley introduced the Harley-Davidson Topper, the only motor scooter the company had ever made. Expecting a scooter boom, the Topper was slated to carve out a niche in the lucrative scooter business that Cushman had enjoyed for years. Marketed to “non-riders”, the Topper was relatively inexpensive, around $400 (about $3,730 today), and economical to operate, advertising “up to 100 miles per gallon”. It was a stepper design, like Cushman’s, meaning the pilot sat in the seat with his legs forward, with his feet resting on a flat floor. The Topper was manufactured until 1965.

Today’s item is a completely original 1964 Harley-Davidson Topper owned by Danville resident Mark Harrigan, who is an avid motorcycle collector. He plans to keep this scooter “as is” because he likes the originality, and it lessens his worry if it gets scratched or dented. “Plus,” he said, “it’s only original once.” He owns 25 other motorcycles, mostly Harleys. He recently acquired this scooter with a $1,000 payment from a friend’s estate. Harrigan believes the scooter hadn’t been started in 20 to 30 years. With an investment of just $300 more, he made this 58-year-old scooter work like a Swiss watch (a slight exaggeration).

It has a front handbrake and a rear drum brake operated by a floor pedal. Most scooters or motorcycles of this vintage are started with a kickstarter, but not the Topper. It uses a pull rope to start it like a lawnmower or outboard motor. With a few tugs of the retractable starter’s pull cord, the 9-horsepower engine roars to life. The 9-horsepower engine was the “hot” model of its time, as the standard engine was only 5 horsepower, allowing the operator in some states to drive without a license. It has a fiberglass body and can carry two people. The fuel requirement is a gas/oil mixture. The underside of the gas cap is a measuring container for the correct amount of oil to pour into the gas tank when filling.

I saw most of Harrigan’s fabulous collection of motorcycles, and I was a little taken aback when he said, “This thing is so much fun, it’s just one of the most fun motorcycles to to drive. They say it will go around 45 mph, but because of the 165cc engine it is technically allowed on the highway. I took it from an on-ramp to an off-ramp on the freeway just for fun, and revved it up to almost 60 mph. It was really very fluid.

Unusual features for a motor scooter are the parking mechanism, which was standard on this model, and the huge glove box under the handlebars, probably a dealer option. There is also storage space under the seat as well as a rear luggage rack. It is estimated that around 6,000 Toppers were produced during the five years of manufacture and probably less than 100 of them are in working order today.

Do you have an interesting vehicle? Contact David Krumboltz at [email protected] To see more photos of these vehicles and other issues or to read more of Dave’s columns, visit mercurynews.com/author/david-krumboltz.